The gut biome and how it impacts your skin

Diane is passionate about holistic skin health, and the impact that our diet and lifestyle have on our skin and ageing. In this article, she explains her own experience with gut health and skin conditions. To learn more about Diane’s unique approach to looking and feeling great, book a complimentary consult with her in our Brisbane or Ipswich clinics.

Long before the gut microbiome, gut health and good bacteria became well known terms, the father of medicine, Hippocrates was onto something when he said “all disease begins in the gut”.

Two thousand years later, pre and pro biotics are considered an important part of optimal health, as the role of the gut microbiota is scientifically recognised. 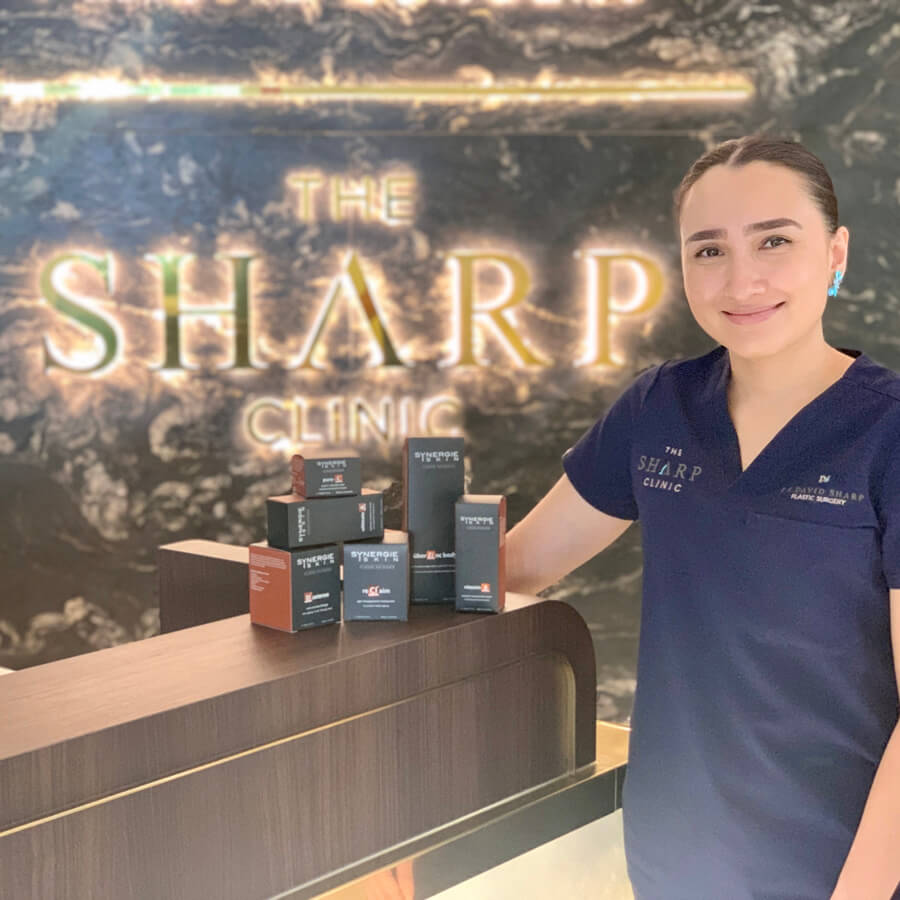 Probiotics arelive microbial cultures consumed for health benefits beyond basic nutritional value. Studies show that they cooperatively maintain a delicate balance between the gastrointestinal tract and immune system while prebiotics (ingredients that encourage the growth and activity of favourable intestinal bacteria) are quickly gaining attention as functional foods.

“All disease begins in the gut.”

My microbiome journey began when I experienced a terrible bout of gastritis. It was the most uncomfortable thing I have ever been through; it was painful and it was a big wake-up call for my own dietary habits. I must admit, my diet wasn’t the best at that time; I was always highly stressed, was always getting sick, had terrible, lacklustre skin and breakouts. I always felt tired and I couldn’t understand why. After being assessed, I was handed a FODMAP dietary eating plan, and prescribed medication that was designed to help decrease the amount of acid my gut was producing, while allowing it to heal.

I left the hospital feeling a bit lost. I felt like I didn’t know enough, and nobody really explained what causes these issues. I wanted to prevent and treat the multifactorial, underlying root causes.

Wanting more answers, I went back to my GP, who helped me realise the answer was right in front of me all along; it was my diet and stress levels. It all made sense; I ate poorly, and so I felt like poorly. I did this to myself! As a first course of action, the GP suggested that I try to heal my gut through the use of good probiotics, eating healthy unprocessed foods, reducing my daily intake of fat and processed sugar - and cutting down on alcohol. They also explained that stress also plays a huge part on the microbiome, and can affect our immune system -  and even post surgery recovery. You can read more about the effects of stress on the gut and skin in my article here.

I know for a fact that I will never go back to the way I ate before gastritis. I don’t ever want to feel like that ever again - and who doesn’t want to feel good!

The history of gut biome science

The modern concept of probiotics evolved around 1900, when Nobel Prize winning Elie Metchnikoff examined the longevity and health of Bulgarian peasants. He hypothesised that this was partly due to their consumption of fermented milk products, particularly yogurt. He considered that the yogurt contained the organisms necessary to protect the intestine from harmful life-limiting bacteria.

The first clinical trials began in the 1930’s and over the ensuing century, different microorganisms were used for their ability to prevent and cure diseases, leading to the coining of the term ‘probiotics’.

Metchnikoff’s hunch was substantiated by Mann and Spoerig in 1974; they found that people who drank yogurt fermented with wild strains of Lactobacillus sp. had very low values for blood serum cholesterol. Harrison et al reported that cells of Lactobacillus acidophilus added to infant formula decreased levels of serum cholesterol, and research by Gilliland et al. (1985), Buck and Gilliland (1994) and Gilliland and Walker (1989), Gill and Guarner (2004) further proved its value.

In 1994, the World Health Organisation deemed probiotics to be an important contributor to the immune defence system when commonly prescribed antibiotics are rendered useless by antibiotic resistance.

How do probiotics work?

To understand how probiotics work, it is important to understand a little about the physiology, microbiology of gastrointestinal tract and digestion. The digestive process begins as soon as we put food in our mouths; microbes present in the mouth and GI tract have the potential to act in a positive, negative or a neutral manner. Microbes in small intestine and in the large intestine complete the digestion process.

Certain intestinal microbes are known to produce vitamins and their presence is correlated with a healthy intestinal flora. They act as organic acids (lactic and acetic acids) that tend to lower the pH of the intestinal contents, creating conditions that inhibit harmful bacteria. Probiotics may also influence other protective functions of the intestinal mucosa, including the synthesis and secretion of antibacterial peptides. The GI tract also serves as a large mucosal surface that bridges the gap between ‘inside the body’ and ‘outside the body’.

Along this mucosal interface, microbes and foreign antigens colonising or passing through the GI tract interact with important components of the immune system. This interaction serves to prime or stimulate the immune system for optimal functioning. Normal microbial inhabitants of the GI tract also reinforce the barrier of the intestinal lining, decreasing translocation of bacteria or antigens from the intestine into the blood stream. This function has been suggested to decrease infections.

Studies show that bacteria in the gut may alter the ageing process, while changes in the composition and metabolic activity of the gut microbiota are associated with skin health. Research is ongoing in this space and offers an exciting insight into how good or bad bacteria levels can be manipulated to impact health and lifespan.

We are now beginning to appreciate the intimate and intricate interactions between microbes and skin health. Multiple studies are currently focused on the manipulation of the skin or gut microbiome to explore their therapeutic potential in the prevention and treatment of skin inflammation. 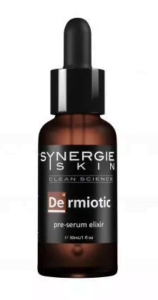 Good microbiome care works on the inside - and the outside!

There are some great skincare probiotic products on currently on the market to help balance a healthy skin microflora, such as Synergie Dermiotic (pictured) which helps to boost and strengthen the skin’s integrity, while helping to address the underlying cause of skin conditions, such as oil, congestion, inflammation, redness and hydration. Stay tuned to watch this space explode in the next few years.

I am very excited to see what scientists are able to discover in the fascinating world of microbiome and gut health, and can’t wait to bring these developments into my care of our patients’ skin - so we can maintain optimal health, inside and out.

Not all probiotics are created equal

Not all probiotics are created equal. Existing research is limited by small study sample sizes and the wide variety of probiotic strains, but studies indicate that specific strains may be effective in treating and preventing certain diseases and may stimulate immune function. It’s important to understand what you are trying to treat, the best strains and how much bacteria per dose is required to be effective. How your probiotics are shipped and stored also impacts their efficacy. Some probiotics have a single strain of organisms, while others contain multiple strains. Different strains of the same species may even be different, and could have different effects on health. Microbe concentrations can also vary widely among products. We stock Bioceuticals UB 75 and SB Restore (pictured above); talk to us about why we have specifically chosen these for our patients.

Ready to experience the gold standard in surgical care? Contact us below

David is a Queensland trained Plastic and Reconstructive surgeon. He obtained Fellowship of the Royal Australasian College of Surgeons after undertaking eight years of specialist training in General Surgery and Plastic Surgery. He is a member of the Australian Society of Plastic Surgeons.