Dr Sharp’s practice at Tri Rhosen House in Ipswich was founded by Dr Hugh Bartholomeusz OAM, who recently retired from the region. This article is a tribute to Dr Bartholomeusz’s incredible contribution to surgery in the area; and the warmth, compassion and commitment to surgical excellence that the practice was founded upon – a tradition that Dr Sharp and his team are proud to continue…. 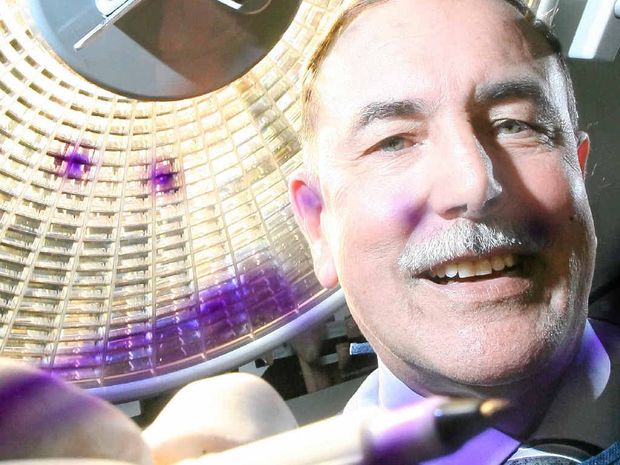 WINDING DOWN: Doctor Hugh Bartholomeusz is getting ready for retirement in New Zealand.


AFTER 31 years leading the way in innovative day surgery, plastic surgeon Dr Hugh Bartholomeusz has decided to hand over his practice and wind down his schedule, looking to retirement.

He was the founder of Tri Rhosen Day Hospital, the first multi disciplinary day hospital in the region, which was opened in Court St in 1996 by the then Governor General Bill Hayden.

Dr Bartholomeusz has also been a leading figure in the establishment of West Moreton Anglican College, the University of Queensland Ipswich campus and a leader for the Australian Air Force Cadets and RAAF’s Medical Branch

He has been in private plastic surgery practice in Brisbane and the West Moreton region since 1985 and is currently Head of the Plastic Surgery Unit at Greenslopes Private Hospital.

With his 63rd birthday approaching, Dr Bartholomeusz said it was a good time to retire from Ipswich and he has handed over his practice in Ipswich to Dr David Sharp. He will still practice at Greenslopes Hospital until the end of the year, but intends to fully retire and move to New Zealand with his wife Helga.

“We have discovered New Zealand. We love Queenstown, we built a house in Queenstown and we will be spending a lot of our retirement days there,” he said.

“It is early retirement, but I don’t want to be operating until I’m 75. Some people love it, but that’s just not me.”

“The Ipswich area offered me a lot of opportunities, not just professionally, but I got involved in the church, the restoration of St Paul’s,” he said.

“I was invited to join the fledgling board of the Anglican College and I suddenly found myself at the first meeting of the full board as the chairman and there I stayed for 12 years.

“That was a magnificent journey. And then I was the second chairman of the Friends of UQ Ipswich,” he added.

He was President of the Ipswich Amberley Support Group and Chair of the Friends of University of Queensland Ipswich.